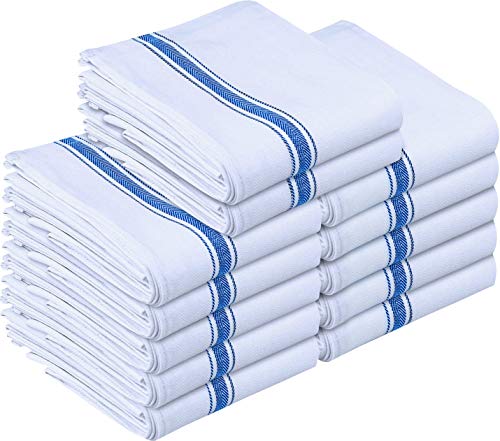 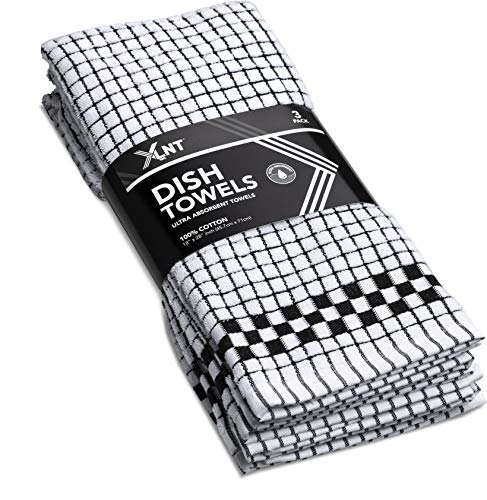 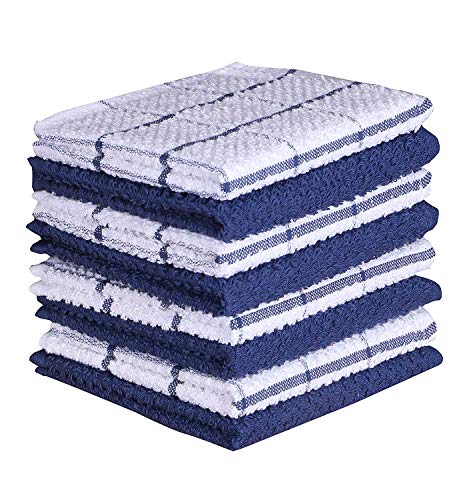 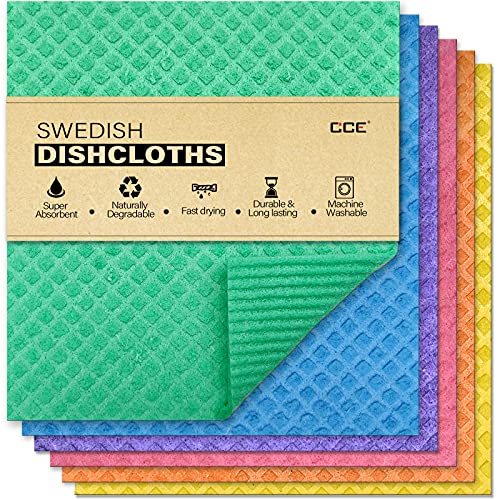 A kitchen towel should function as your de facto best friend in the kitchen. These little linens offer a wide range of versatility and are vital for a variety of important tasks, whether you are prepping a meal, cooking, or handling the clean up. We know, we know; it might seem odd to get excited about what is essentially considered a glorified rag, but ignore that noise. Kitchen towels are seriously some of the most helpful products that can be kept in the kitchen. So make sure to always keep a fresh one close by.

Modern kitchen towels come in a variety of textures, fabrics, colors and styles. These handy kitchen products first started to pop up in England during the 18th century and have grown into bonafide kitchen staples ever since. Originally produced from soft, absorbent fabrics, these towels were used to help wash and dry glass and cutlery long before the advent of the dishwasher. In those days kitchen towels were a luxury of sorts for the wealthy. Back then these “tea towels” as they were referred, were made primarily of lint-free linen, often close at hand during tea time.

They were often used by the help staff to buffer and polish fine china, crystal, and stemware or to help hold scalding hot tea kettles. Servants could also package fresh food and pastries in white linen towel when serving a snack or a meal. Aesthetically kitchen towels would also function as defacto pieces of art. Often handmade, women and children could embroider their towels, adding a personal touch to their spaces that could be enjoyed and passed down through families for generations.

As the industrial revolution hit, kitchen towels were finally able to be mass produced. Now accessible to a growing socio-economic class of people, kitchen towels began to transform with the modernization of the times. Cotton began to emerge as the predominant material for towels, due to the more cost effective and softer nature of the fabric.

Kitchen towels also still provide a visual and aesthetic boost, helping to elevate a kitchen or party with just the right visual touch. Want to line a basket of baked goods or food before serving? Not a problem. They can prove helpful if you have run out of disposable napkins and need to use something in a pinch. They can help to cover recently heated products to keep warm, can be used to dry freshly washed produce, or even thrown over the shoulder like a professional chef might do. Trust us, it looks pretty cool.

It’s important to consider size when it comes to kitchen towels as well. While these towels will obviously be much smaller than bath towels, it’s important to grab a towel large enough to fold multiple times over. The more ways a towel can be folded, the more helpful it will be for transporting hot items or drying off sharp utensils like knives. The larger the towel, the more surface area you have to work with, making cleanups a breeze. Keep in mind that the standard kitchen towel is around 20×30 inches, a perfect size for most tasks.

Unlike bath towels, which are soft and plush enough for our personal comfort, kitchen towels are generally made to be tougher and more coarse. They tend to be made with thicker fabrics and materials that that are better suited to handle messes and the more extreme and varying types of conditions found in the kitchen. These kitchen towels are also meant to be used for years, and so it is vital to ensure that they won’t tear or ruin easily. Below are the most popular fabrics that are used to make kitchen towels. Which one is right for your kitchen?

There are many more types of kitchen towels than you may think and each has a distinguish purpose. You should think about what you want out of your towels, how you plan to use them, and how long they will last. There is a huge difference amongst standard cotton towels to flour sack towels. Many of these towels can be used for multiple purposes so it’s always great to have a few around the house.

Read More: The Most Popular Types Of Kitchen Towels

Not only are there many types but there are certain brands you should look out for. You can instantly tell quality brands apart from the cheaper alternatives so while it may not seem like a big deal choosing a reliable producer will go a long way.

We’ve said it once, and we’ll say it again. Kitchen towels are bound to be amongst the most used products kept in your kitchen. Due to that, they can also get extremely dirty, and fast! Ever notice a musky funk coming from around the sink? Chances are that it’s due to a dirty towel. Kitchen towels often come in contact with bacteria from uncooked or unwashed food. They are also often are used to soak up spilled liquids and water, and are left to improperly dry. The last thing that you want to do is dry your hands or wash your silverware with a rancid towel. Below, we’ll highlight a couple of things that you should do regularly to ensure that your towels are clean and ready for use.

Read More: How To Care And Maintain Kitchen Towels