When traveling abroad in Asia and looking for a cheap flight between two local cities there is a high chance of coming across airlines you’ve never heard of. This is what happened in my case with Vistara Airlines.

I searched a flight from Bengaluru Airport located in Southern India to Mumbai, which is just a short 1.5 hour flight.

I wasn’t familiar with most of the airlines that service this route, but after doing a bit of research and seeing that Vistara is created by Singapore Airlines, I knew that this airline would be an appropriate pick.

After all my flight on Singapore Airlines A350 could have been the best food I’ve been had on an airplane. And my meal on a flight via the A380 was a close second. After all being a Singapore Airlines elite member you also get quite a few perks flying Vistara.

I was ready for what this airline had in store for me, and settled in looking forward to try the Vistara airlines food. 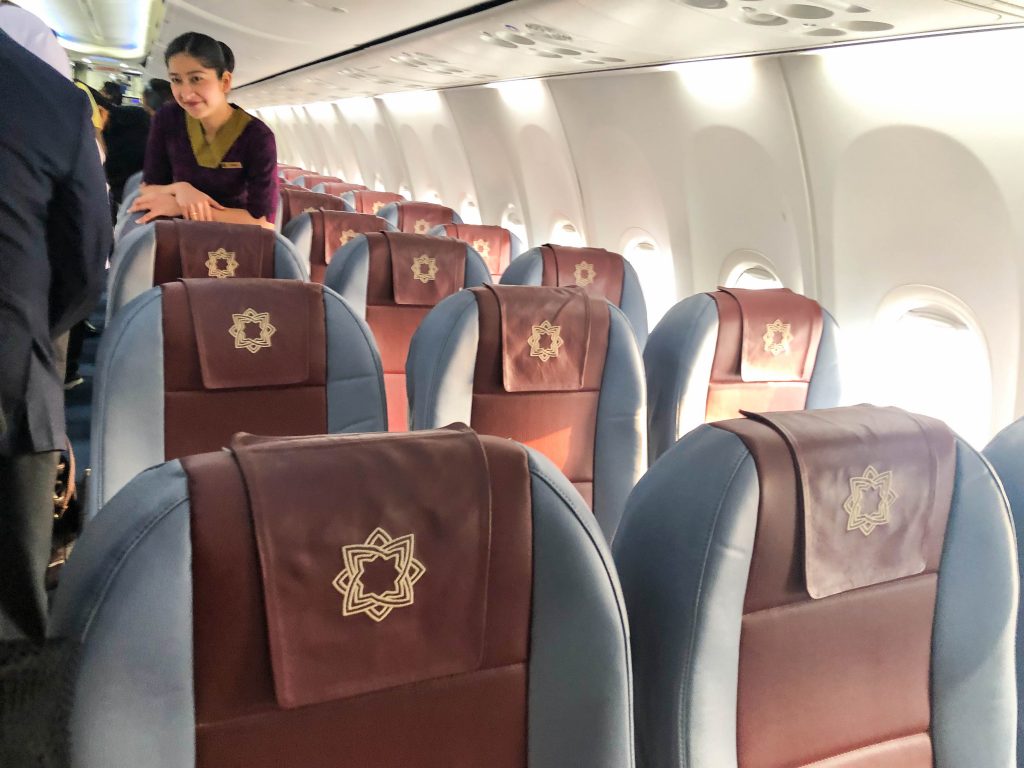 As we boarded I noticed that the seats looked pretty comfortable for economy class. The cabin was well designed and completely spotless and clean. I debated springing for business class, but this was such a short flight that I didn’t really see the point.

I had heard that despite the quick, 1 hour journey, that Vistara airlines still served in-flight food. In this case I was happy to give it a try since I was starving and hadn’t eaten prior to take off. I was expecting something of snack size, but what I got was a pleasant surprise. 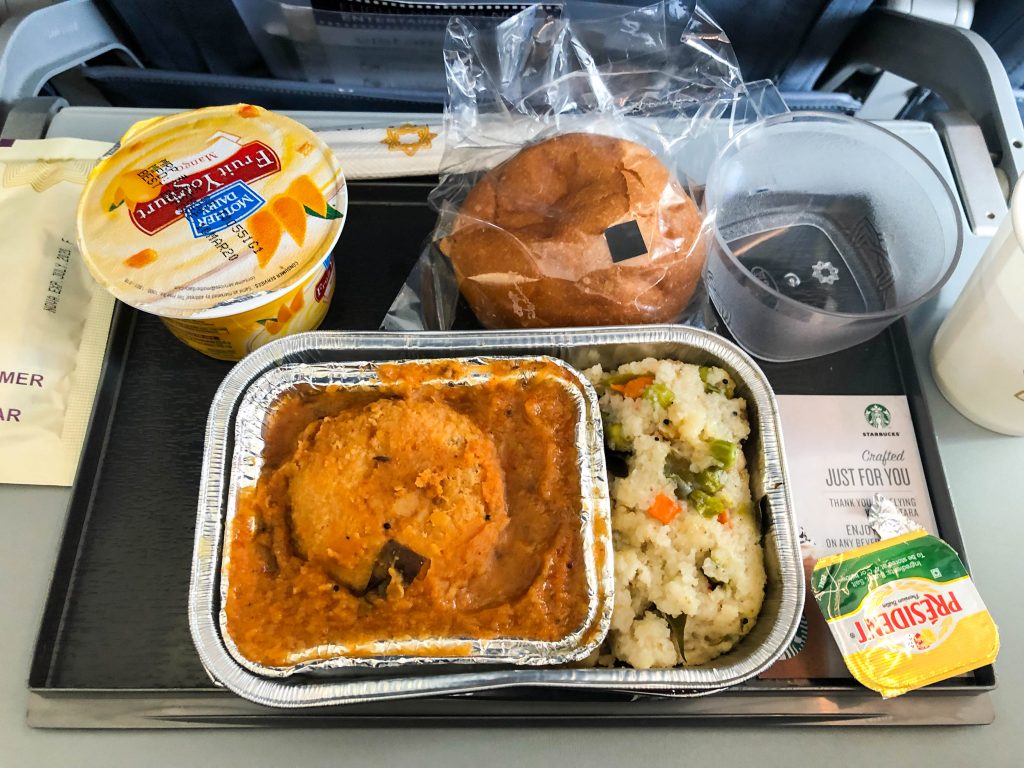 a small but full meal

I didn’t have a choice in choosing my meal aside from picking a vegetarian or non vegetarian option. Being in India I happily chose the veggie selection. 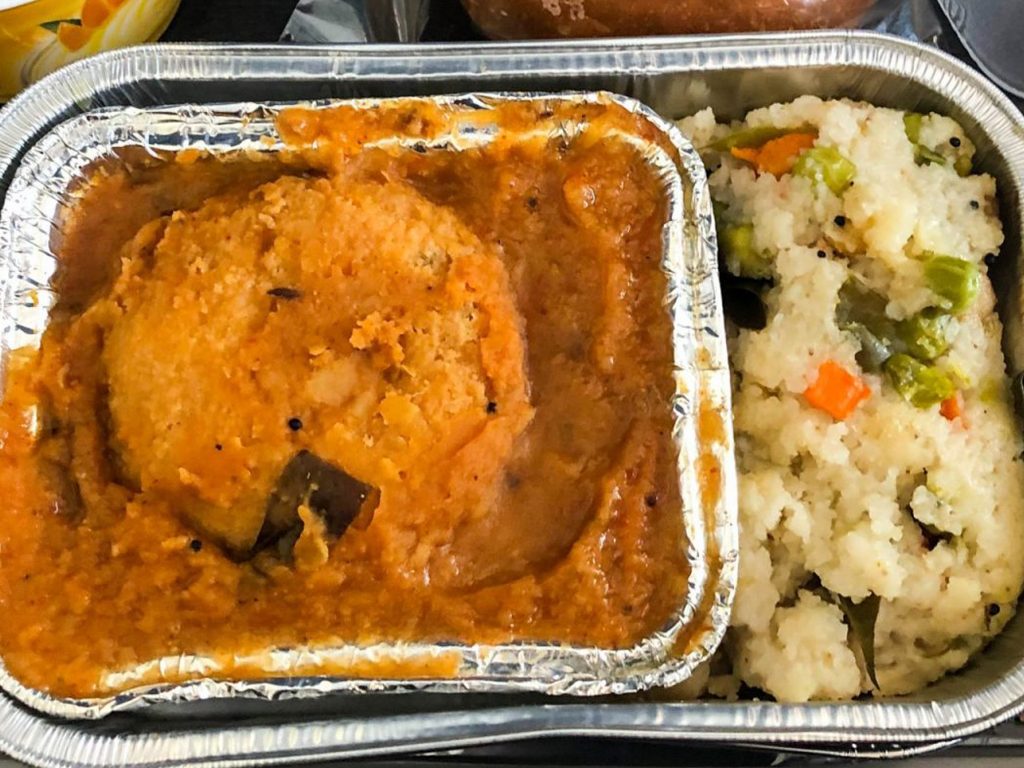 What arrived was an idli, similar to a rice patty, prepared in a tomato based sauce. The dish came with a side of a popular Indian grain. The food was served warm and actually way more flavor than I expected. I’ve eaten this dish many times in Bangalore, and while the on board version wasn’t as good it came decently close. I happily finished the entire dish.

Economy class, especially on short haul flights, tend to not have the best food. And that’s if they even have food at all.

But in this case I support Vistaras effort to provide a nicely portioned meal. For such a cheap flight I would happily look into flying with them again anytime that I am in the region.