The Real Deal with Pre-Shredded and Grated Cheese

There’s no dish that a few (generous) sprinkles of cheese can’t seriously upgrade. From pasta to salads, cheese just seems to make everything so much better. It’s always handy to have a few different types of cheeses at the ready to use as garnish. Mozzarella, cheddar and pepper jack are perfect shredded cheeses to use on homemade pizzas and salads. Parmesan and Pecorino-Romano is essential to help kick up the flavor of Italian dishes and sauces. The possibilities and combos are truly endless.

And the greatest part of it all? It’s never been easier to grab different kinds of cheese from the supermarket to experiment with. Most markets have a pretty extensive variety of cheeses, in different forms, to choose from. But trying to shred/grate blocks or hunks of cheese can be a hassle to do on your own.

Cheese can also be pretty expensive. You might be shocked to check out the price on the back of a small hunk of parmesan. Head over to an upscale cheese shop and brace to drop a pretty penny. While that might be fine for a charcuterie board, it doesn’t always make sense to spend the big bucks to sprinkle some cheese on a taco salad.

An easier solution lies in the dairy isle.  Take a quick glance at the refrigerated shelves and you’ll notice a wealth of options of pre-shredded and pre-grated bags and containers of cheeses. Big companies like Kraft and Chabot make it easy to sprinkle cheese on everything. Their pre-prepped options are also cheap and come in a wide array types. It’s  convenient, delicious, and super easy way to snack on on some cheese from the bag or to toss on any dish.

But before you run to the supermarket and start clearing out the shelves, there’s a couple of things to consider when it comes to pre-shredded and pre-grated cheese. Namely, what’s going into the cheese, and should we be eating it? 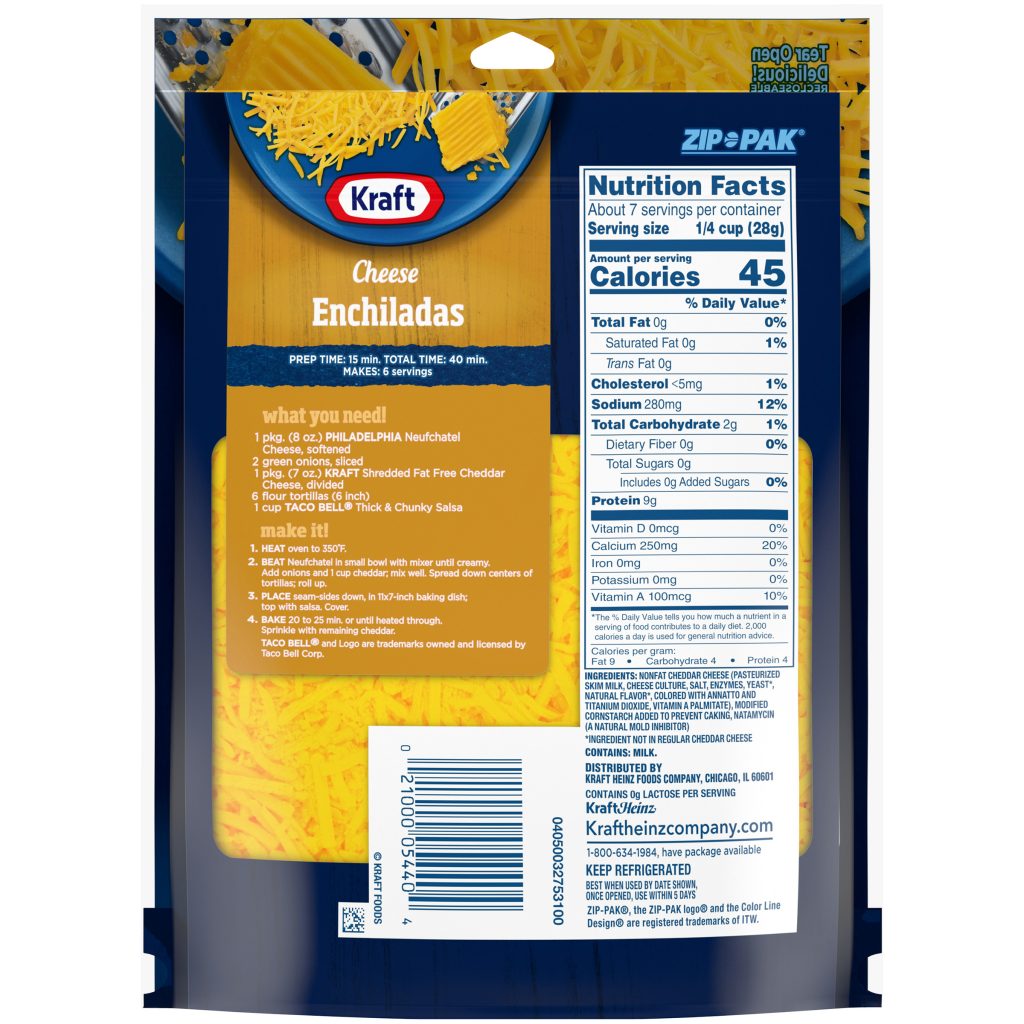 A quick glance at the back of a shredded Kraft Cheese package might seem inconspicuous enough. The ingredient list isn’t bursting with with strange, hard to pronounce chemicals that have become synonymous with processed cheeses, but look closely enough, and a couple are there. Additives are put into processed cheese for a variety of reasons, like providing more appealing color, adding thickening agents, adding chemicals for prolonged freshness, or even adding inhibitors to prevent mold. It almost comes with the territory to expect them when you’re buying pre-packaged cheese.

Look even closer, and you’ll clearly see a disclaimer that states certain ingredients are added that are not found in regular cheddar cheese. Look, we’re not going to pretend that cheese in general is the healthiest of choices when it comes eating. That being said, it’s nice to know exactly what you’re getting.

Natural cheese is a relatively simple product. It’s pretty much made from milk, salt, and enzymes. When you buy a block of cheese, it’s unprocessed, and thus made with a short list of organic, natural ingredients. Processed cheese is a whole other story, and generally is higher in sodium and fat content, in addition to having all of the hard to pronounce chemical agents. It’s important to recognize what exactly is in your cheese, and why. The more hard to pronounce chemicals that you see on the label, the less cheese you’re actually getting.

One common theme that you’ll notice in packages/containers of pre-shredded/grated cheese? Anti-Clumping agents. Even if there are shockingly few additives  are listed on the nutrition facts, it’s always a given that you’ll notice something that is meant to keep the cheese from clumping up. And that something usually comes in the form Cellulose or potato starch. 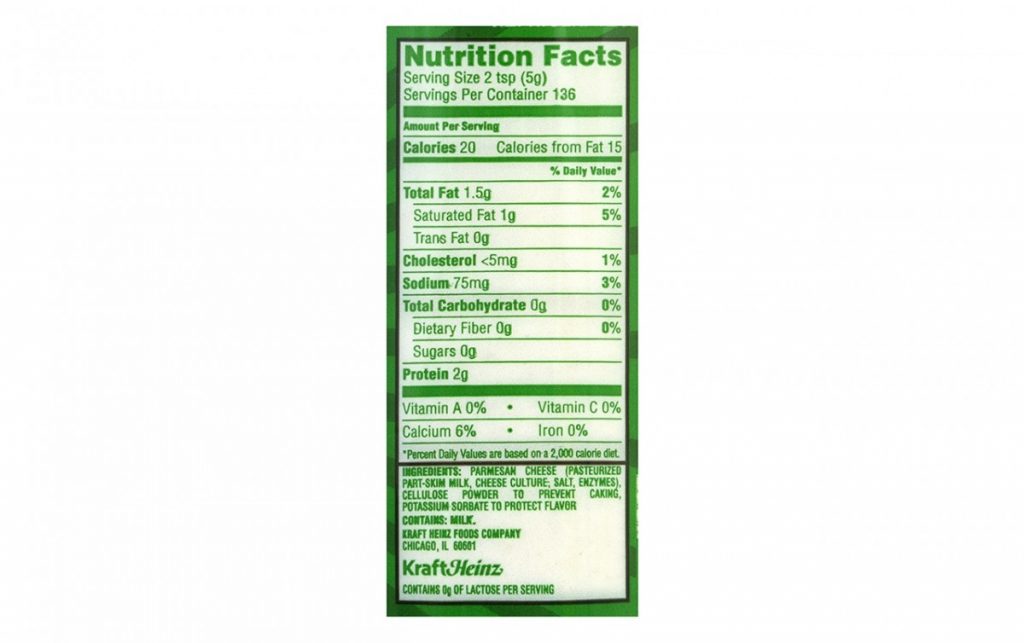 Take this container of Kraft Grated Parmesan for example. The ingredient list looks pretty simple. Scan to the bottom, however, and you’ll notice the addition of cellulose, which they even explain is added to prevent the cheese from caking. Cellulose is a water-absorbing powder that in addition to it’s ability to prevent clumps has the added bonus of adding no calories to food.

It’s become a popular addition to foods in recent years, being used in everything from cheese to ice cream. It helps to thicken food, provides additional, yet unnatural fiber, and is a cheap way to fluff up the food content that’s being packaged, which helps companies improve their financial margins. So what’s the big deal?

For starters, cellulose can be made from cotton and wood pulp. While cellulose is digestible, it doesn’t add any nutritional value, and is mostly filler food. Parmesan cheese can be expensive, so increased levels of cellulose help keep costs down at the real expense of delivering less “organic” food to the consumer. If you’re using cheese with cellulose, you might be saving a buck, but the you’re really eating a lot more filler, and paying more than you should for less.

It’s also been likened to eating sawdust, and while that may be a little extreme, there is no doubt that the powdery, flakey cellulose is an unnatural addition to your cheese. Safe for consumption? Yes. A little disgusting? Also Yes.

Another anti-caking agent commonly found in pre-shredded cheese is potato starch. Potato starch can be processed into a fine powder that is effective in keeping cheese from clumping together and to stop it from sweating excessively. A more natural solution than cellulose, potato starch is iffy for a different reason.

Namely, it adds excess carbs to your cheese. Cheese can be unhealthy enough as is. If you find your waistband stretching out, it just might be due to the hidden carbs sprinkled all over that pre-grated parmesan that’s going all over pasta dinners. 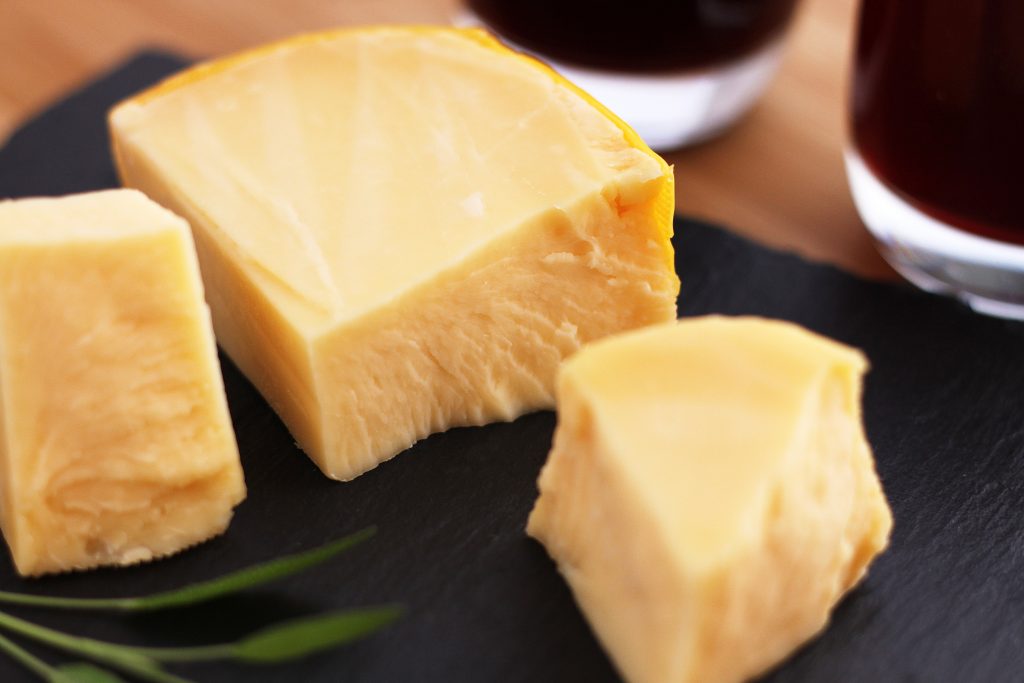 While blocked cheese might seem expensive in comparison to the shredded packs, it can be deceiving. You’re technically paying for the convenience of not having to shred the cheese yourself, and the addition of cellulose or potato starch means that you’re actually paying for less real cheese, and more filler products. Blocked cheese can last a long time, and you’ll generally need to add less cheese to a dish for more flavor.

Pre-shredded cheese also heats up and melts quickly, but often not in uniform manners. The inconsistency in the way it melts and then solidifies can be a pain, especially when trying to create beautiful dishes.

This isn’t all to say that you shouldn’t buy pre-shredded or pre-grated cheese. It’s super helpful to have, especially when short on time or to use in a pinch. However, it’s important to consider just what you’re spending money on with the processed stuff. Sometimes it makes sense to grab blocks or chunks and shred/grate as needed. And if you don’t want to go through the hassle? Italian deli’s and speciality stores are a great place to go to purchase fresh, real grated cheese.