Where to Get The Best NYC Slice of Pizza

There is no shortage of amazing pizza in New York City. Seriously.

You’d be hard pressed to go just one block without finding signs that advertise the “BEST PIZZA IN NYC!” or “$1 A SLICE 24/7.” With pizza shops on every corner, there is no shortage of places that are iconic for their delicious slices and unique twists on pizza. But with so many options, it can be hard to narrow down the best NYC slice.

We decided to attempt to create our own at pizza at home by using the best pan pizza method. Sadly it didn’t come close to the true deliciousness of an authentic New York slice.

People might wonder if New York pizza is really that different, if it could possibly taste that much better than slices made elsewhere. The answer is a resounding YES!

New York is defined by it’s delicious pizza, but it’s not the only food it’s known for. Check out pizza and other food that everyone must eat when visiting New York City.

The pizza shops in New York are as diverse as the city itself, and though most are of the famed “New York” style, creativity abounds. Spanning from the makers of the thick and heavy slice at Artichoke to the sizzling, spicy, pepperoni slice at Prince Street Pizza, there is truly a slice for anyone.

So where are the the truly iconic places to go for the best NYC slice? We tried our best to help tackle this important issue. 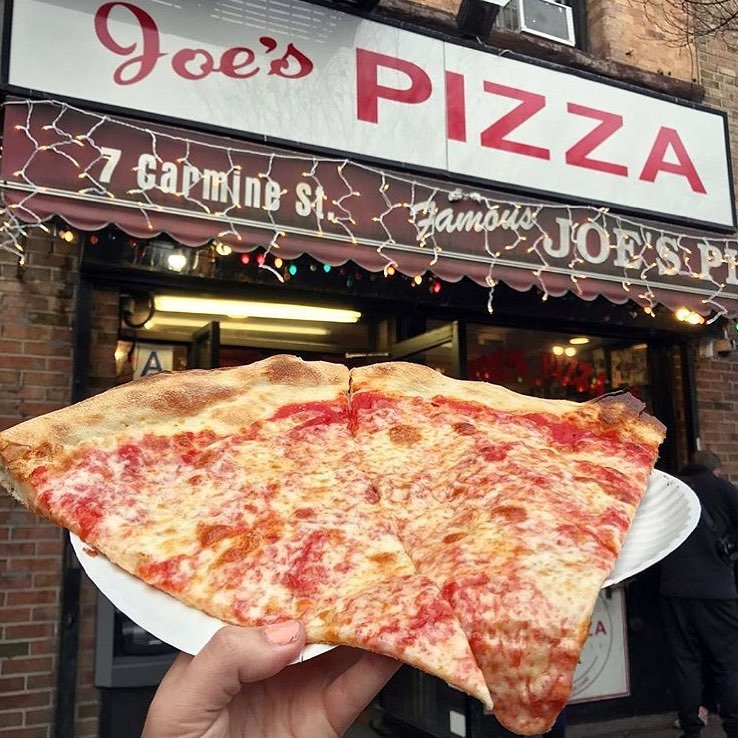 The original Joe’s Pizza sits proudly in what is arguably the top seat of the pantheon of the best NYC slice.

This legendary Greenwich Village establishment has been slinging delicious pizza since 1975. Serving up slices to some of Hollywood’s most famous customers like Leo DiCaprio, LeBron James and Bradley Cooper, to name a few, Joe’s has a special place in the heart of many New Yorkers and visitors alike.

The sauce is perfectly balanced, slightly sweet and tangy, with the gooey cheese radioed out flawlessly. The crust is also quite on-point, crispy with a slight char. You’ll find people flocking to Joe’s for a slice throughout the day or deep into the night. Considered by many to have the best NYC slice, Joe’s resume and perfected pizza is hard to beat.

In fact, I think I may go grab a slice right now… 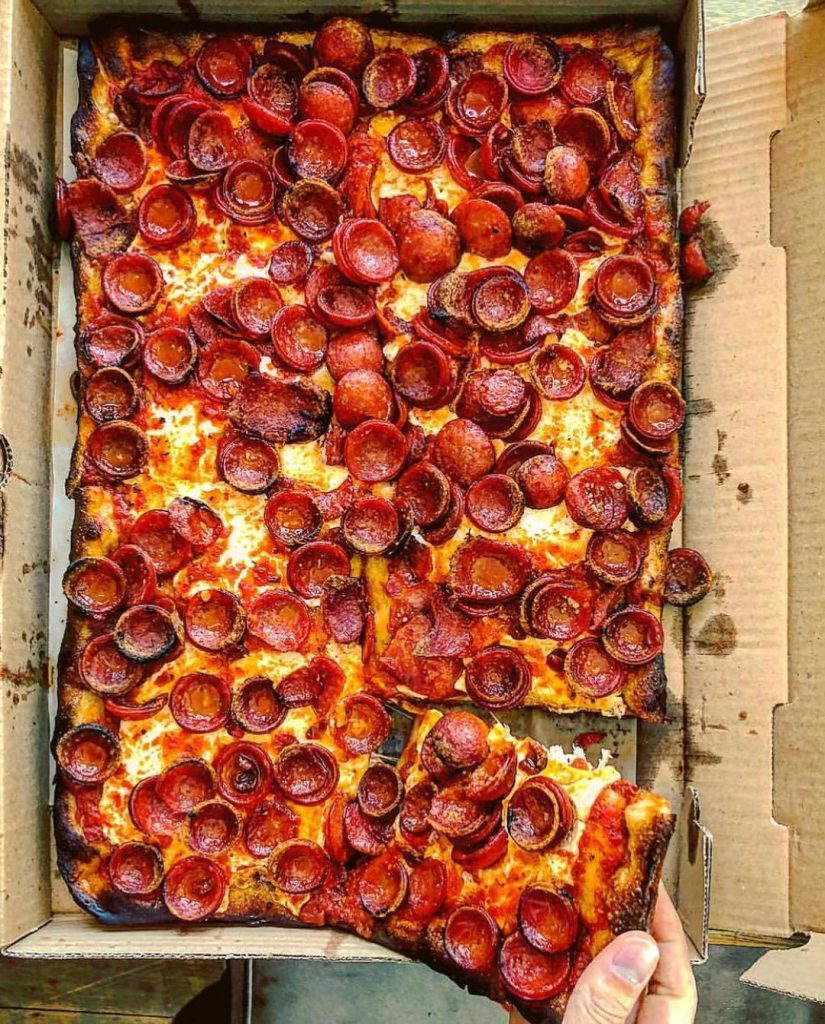 Walk into Prince Street Pizza in Soho and you’ll see countless pictures on the walls of celebrities and locals that flock to this infamous pizza joint. Take a peek behind the counter and you’ll start drooling when you see the thick cut pepperoni slices.

Even though it’s only been around since 2012, Prince Street has quickly become an institution for Manhattan folks craving something different than the standard thin slice. Their signature pie is the SoHo Square, which has fresh mozzarella, the Morano family’s homemade sauce, and crust that is light and flaky but full of excellent flavor.

Scroll down the official Instagram page of Prince Street Pizza and you’ll see photos of celebrities ranging from Shailene Woodley to Steven Tyler enjoying a bite.

Don’t miss out on this must visit destination when out and about around Soho. Day or night expect to wait in a line, but trust us…this pizza is totally worth it. 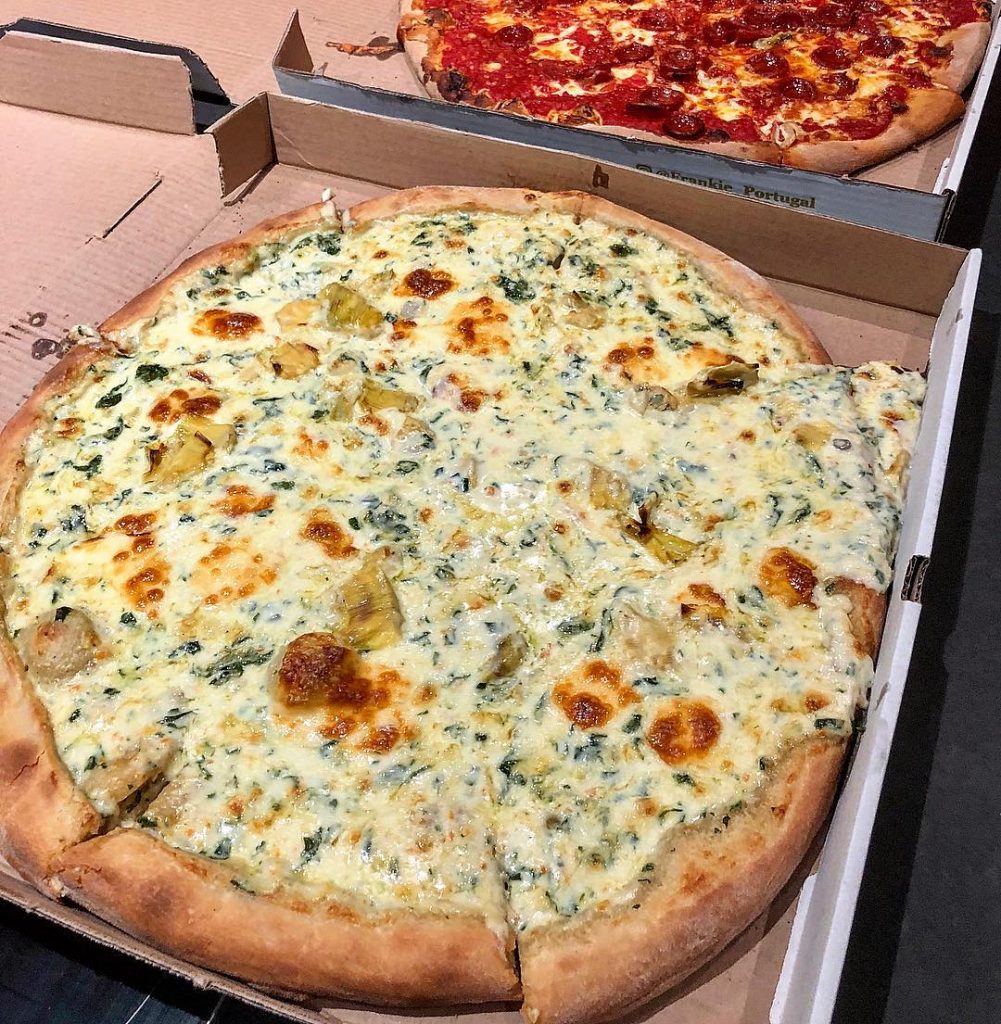 Two of the best things that New York City has to offer just so happen to be right next door to each other: Artichoke Pizza and The the historic Comedy Cellar.

Make a night out of it. Grab a slice of Artichoke then go next door and laugh for an hour and a half at the cellar (or 6 hours if Dave Chappelle shows up).

Open till 4AM, Artichoke is one of the staples of New York City, and one of the top places to get a late night bite. Pro tip: Be careful not to burn your mouth when it comes fresh out of the oven.

What you’ve been craving ❤️ Our Vodka Pie ❤️ Available for Take Out and Delivery – Call 212.965.0500 or order via @caviar @seamless @grubhub #staysafe #newyorkstrong

Famous for the Vodka and Tie-Die pies, this soho restaurant doesn’t do slices, but their thin crust pizzas are small and delicious enough that you could probably crush an entire pie your self. Like many other Italian restaurants in the area, Rubirosa is family run and the perfect casual environment for a weeknight dinner. 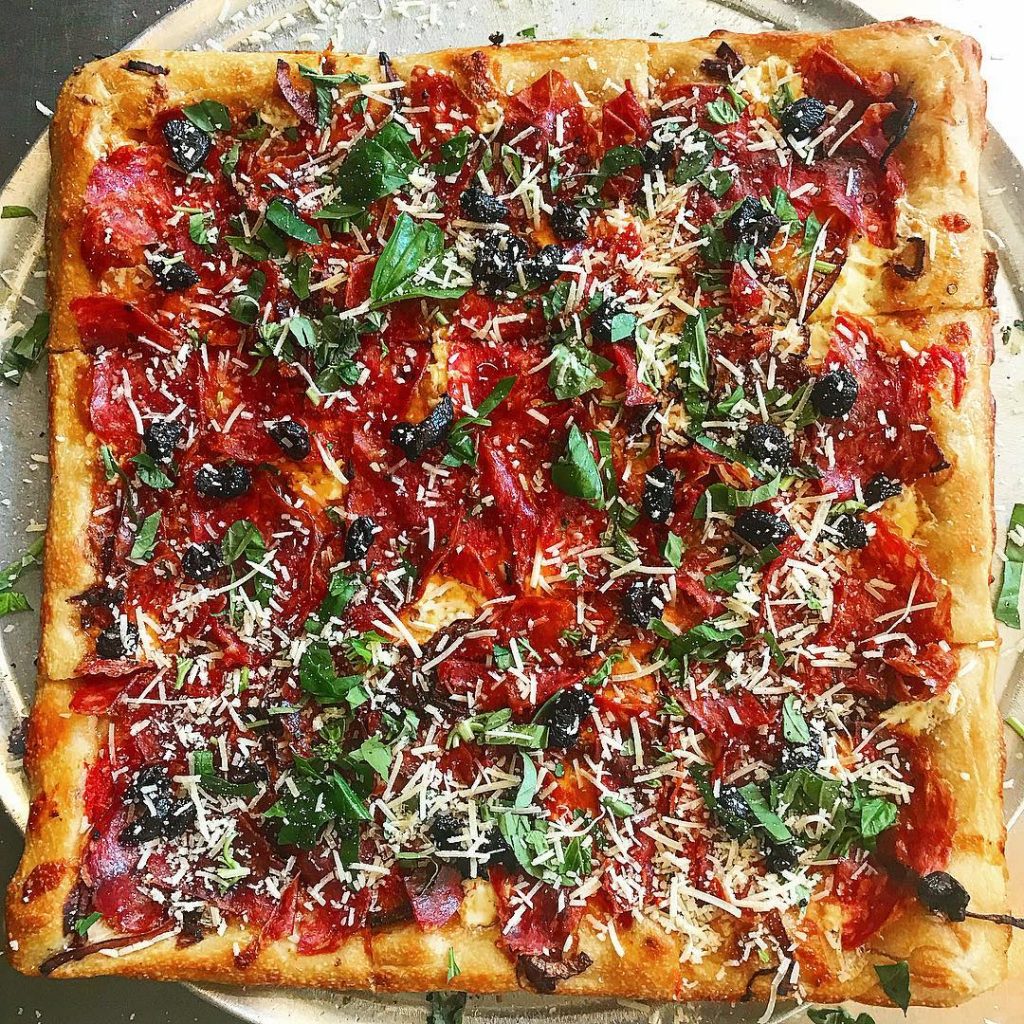 Williamsburg Pizza seems to be some kind of a movement. Now with 6 locations spread around Manhattan and Brooklyn, you can be sure to find a location to satisfy pizza cravings. This pizza joint is known for their experimental toppings, such as apple and wild mushrooms.

As far as the best NYC slices go, Williamsburg pizza is well on its way to legendary status. PS: they just started serving grandma slices at their Bowery location! 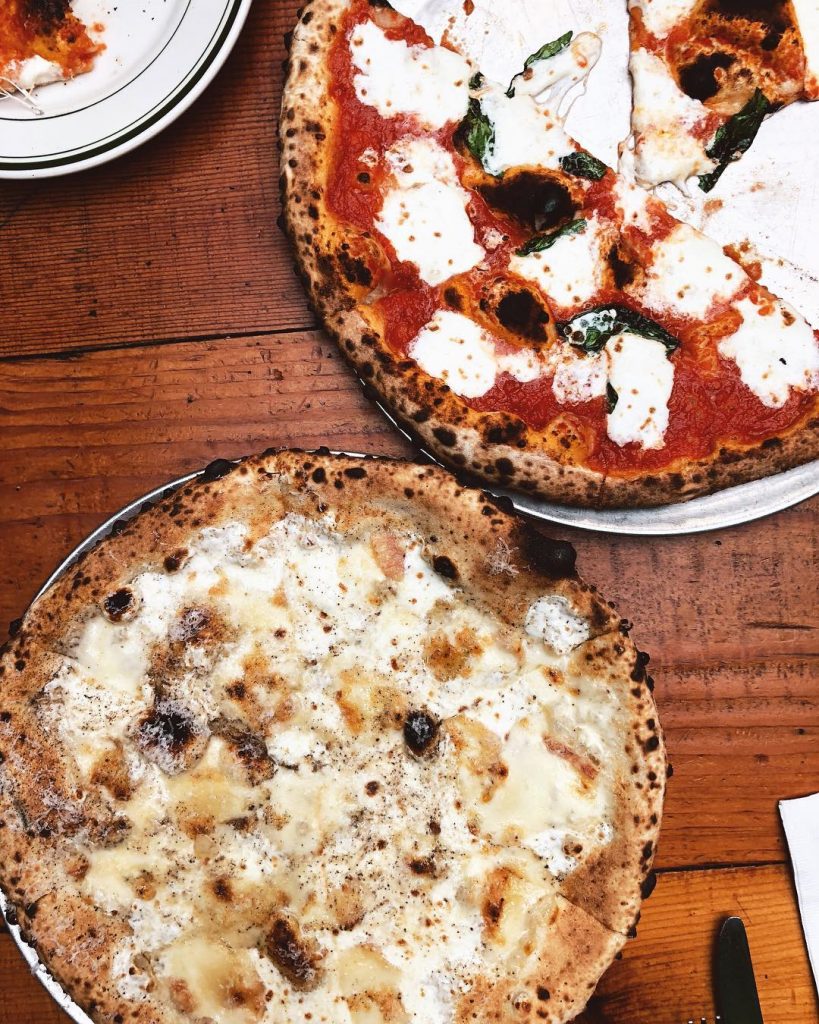 Roberta’s is that rare combination of unpretentiousness paired with next level preparation, and a dash of funk, rock and art. These guys serve not only some of the best artisanal pies in NYC, but also some of the highest quality dishes like roasted lamb and duck prosciutto around (to die for). They are true to their roots with a laid back Brooklyn vibe and the space, and although a bit tricky to find, the resturant features a massive outdoor space thats meant to be enjoyed picnic style.

Grab your friends, a few beers, and head over to Roberta’s for an experience you wont forget.

A post shared by Lions&tigers&squares (@lionsandtigersandsquares) on Feb 1, 2020 at 8:01am PST

Although we’re talking New York pizzas, a new pizza from a different city has emerged on the scene, and it’s is here to stay. Lions & Tigers & Squares recently opened in Chelsea. Featuring a Detroit style pan pizza, this pizza joint has been delighting the hungry masses with their unique pies. Similar in style to a Chicago deep dish, but with a way lighter and fluffier crust these individual sized pies are definitely worth a try.

Where is the best pizza you’ve found in NYC? Let us know by tagging us on Instagram @kitchenseason for a chance to be featured.

Hungry for more? Check out where to go to get the best burgers in New York City!